In-app development, the most fundamental distinction is that between web apps and mobile apps. Web apps require an active internet connection to run, whereas mobile apps work offline. Web apps on smartphones are simply mobile-optimized web pages, while mobile apps need to be downloaded from a phone’s app store.

Mobile apps are superior in terms of efficiency and speed but do require users to manually or automatically download updates rather than updating themselves, as web apps do. Mobile app development tends to be more resource-intensive than web app creation, but mobile apps are faster and usually functionally outperform their web counterparts. For example, mobile apps often use phone features like cameras that web apps usually don’t have access to.

You may be surprised to learn that there are several kinds of mobile apps, so we’ll proceed by distinguishing between the two major types: native apps and cross-platform apps.

Native applications are those built with a given operating system (OS) in mind, using specific programming languages and Integrated Development Environments (IDEs). For example, a native application for iOS should be written in the language that iOS expects, using the APIs that iOS exposes. If developers use Objective-C and Swift for an iOS app, or Java for an Android app, along with the appropriate APIs, such applications are “native” insofar as the underlying system’s capabilities are used as expected by the system. Native apps also use hardware memory, camera, sensors, and other programs installed on a device through the APIs exposed by the underlying system.

By contrast, cross-platform frameworks intend to provide universal solutions supported by several mobile OSs at once. They use a common core with per-platform customizations to fit an application to multiple platforms, so there’s no need to create unique elements for each OS.

What are the advantages and challenges of each mobile app approach?

Native apps offer higher performance, greater energy efficiency, fewer limitations in architecture and functionality, and an interface fully compliant with the given platform’s guidelines. However, maintaining them comes at a high price: Mobile apps sometimes get multiple updates each month, and keeping them up-to-date can consume developer time that could otherwise be spent on new functionality. Also, a native app’s audience is limited to users of one particular OS, unless its creators exert considerable effort in developing the same app for multiple systems.

Conversely, cross-platform apps facilitate code-sharing, as developers don’t have to create one app for iOS and a separate one for Android, but are often able to share 80% or more of their code across platforms. Less coding effort required allows the app to be maintained on multiple platforms, even with a small team.

However, It’s difficult to tailor a single solution to various operating systems. A cross-platform solution is designated as such precisely because its framework allows you to use multi-platform functionality. A cross-platform application’s interface is usually universal, leading to lags and complexities when implementing specific elements of each OS, as features unique to a particular platform typically won’t be supported. While a framework might make an app look and feel like its intended platform, without any additional work from the developer, design choices are usually limited.

Now let’s take a closer look at the toolchains required for both app types, and further distinguish between even more variations of mobile apps within the cross-platform ecosystem.

In native app development, familiarity with your chosen operating system’s IDE and project structure is imperative. Fortunately, the iOS and Android operating systems are well-documented and provide their own development tools, interface elements, and software development kits (SDKs), which developers can use to build native mobile apps.

Apple devices run on the iOS native operating system and are built using either Objective-C or Swift along with the Xcode IDE. Despite being two separate platforms, iOS and macOS share similarities, so if you want to run your mobile app on an Apple desktop, you can incorporate modern iOS features into your app. This will simplify the transition to macOS (since up-to-date features automatically map to appropriate macOS behaviors).

By contrast, the Android development toolchain usually involves Android Studio or the Eclipse IDE, though you may also use other IDEs. Android Studio is the official IDE for Android app development, and the main program for writing code and assembling apps from various packages and libraries. Both Android Studio and the Android SDK are free to download and come with software libraries and sample code. While Android apps are built with Java, you could build an Android app in other languages that run on the Java Virtual Machine, such as Kotlin.

Some hybrid apps even interact with a smartphone’s hardware, although the functionality can be limited. Apache Cordova, Ionic, and Flutter are among the most promising hybrid app development frameworks currently on the market.

Native cross-platform apps, on the other hand, are not built with HTML/CSS/JS frameworks — a developer would instead create a unified API running on top of a native SDK. By making use of a native IDE coupled with this API, a developer can build iOS and Android apps that share the same codebase while providing a near-native experience. Native cross-platform applications are primarily built with Xamarin, React Native, and Kotlin Multiplatform.

This may sound confusing, so let’s look at how one such mobile UI framework works. We’ll take the case of Xamarin. 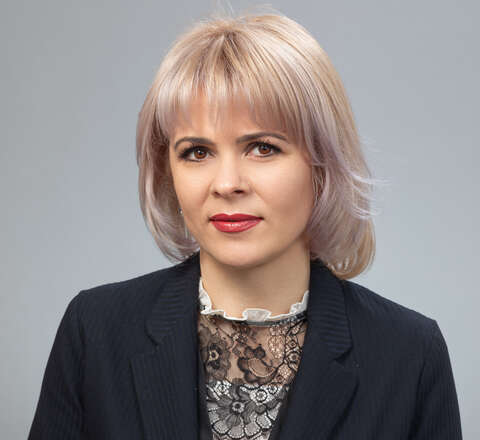 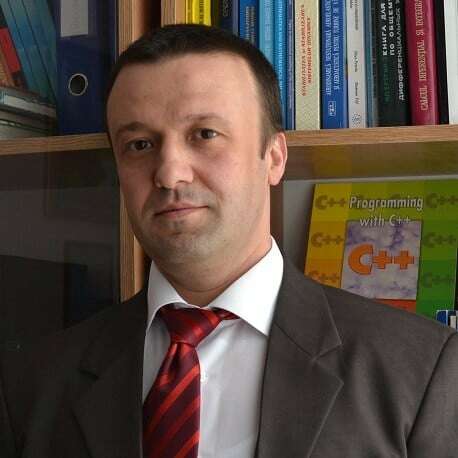